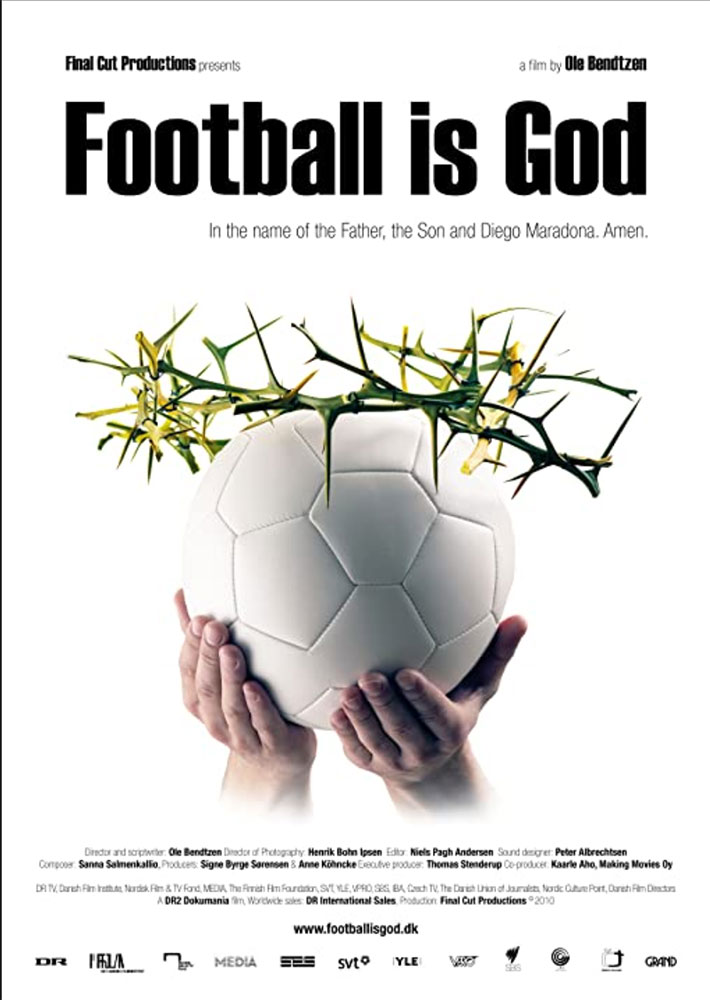 Football is God explores the close relation between faith and football, following three fans of the legendary Club Atlético Boca Juniors – Boca for short – in Buenos Aires, Argentina. Hernán is an intellectual intoxicated by a love for Boca he cannot shake off. He finds himself torn between reason and his passion for Boca. A struggle that threatens to destroy him. Pablo is a working class man that believes that the former Boca player Diego Maradona is a God. Pablo bears a burning desire to meet his God. La Tía (The Auntie) is an old eccentric. She considers the Boca players her sons. The film follows La Tía in her pursuit of delivering a birthday present to her favourite player, Martín Palermo. The birthday present is a pair of boxer shorts. And she would like to see him try them on. Football is God is a film about football – and a film about so much more than that. It is a film about faith, passion and the need for being part of something bigger than one self.